Recently, there were many doubts surrounding the future of the Italian starlet as it was rumored that Donnarumma was rejecting contract extensions from Ac.Milan and that he wanted to leave the club with Paris Saint-Germain turning into a realistic destination. END_OF_DOCUMENT_TOKEN_TO_BE_REPLACED

As per Berlusconi, because of more than seventy court cases which are running against him, he has had to spend almost half his time with his legal team for some time and thus he has failed to focus on Milan. 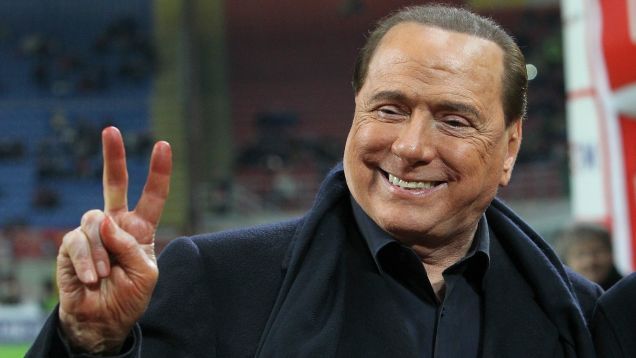 Berlusconi reckons if he hadn’t had the cases to deal with and he had given his full time to Milan only, the club would perhaps not have lost its glory.

In Berlusconi’s words, “Every alternate day, I am going for a meeting with people who are fighting my cases. The cases are just so many and my legal team always has something or the other to discuss with me. A lot of time goes to it and it’s been impossible for me to oversee all the Milan affairs myself. So, if you see Milan is presently not where it was in the past, you can put it down to me.”

“None of world’s Football teams has more trophies than Milan and it fills me with pride, but, I really wish I could have been a little more active as a chairman.” END_OF_DOCUMENT_TOKEN_TO_BE_REPLACED

It is believed that Carlos Bacca might be leaving AC Milan in the summer.

There is news that the player has told AC Milan that he wants to play in the Champions League and that the best way for him to achieve this will be by leaving the club.

It is reported that the Colombia international has already had a chat with the AC Milan manager Vincenzo Montella and has told him that he will be leaving the Italian club as he wants to participate in the Champions League.

It is believed that there are currently different European teams that are interested in signing the player. One of those clubs is Arsenal, who is desperate to get a new striker after they have failed to secure he signing of Jamie Vardy. Arsene Wenger is keen to strengthen his attack, but so far he is finding it hard to sign a quality striker.
END_OF_DOCUMENT_TOKEN_TO_BE_REPLACED

Adriano Galliani, one of the chief decision makers at AC Milan, feels the club would start dominating the Italian first flight again in near future.

The Rossoneri have not played consistent Football for quite a while. The board has tried everything to get the team back on track, but, none of the efforts has paid off.

There were high hopes with Filippo Inzaghi as manager. But, he has not had that much of an affect either.

Milan’s main problem has been their inability to build on a win. They just don’t seem to be able to carry the winning momentum on.

After winning a game or two, they happen to have a couple of poor games and that ruins everything.

The consistency factor is not there is the current bunch of players that the team possesses. END_OF_DOCUMENT_TOKEN_TO_BE_REPLACED