Seven-time European champions AC Milan have a second straight league win in their sights ahead of their trip to face Atalanta in Bergamo this weekend as far as the new season is concerned. The two team started on a winning note ahead of their meeting on Sunday evening. 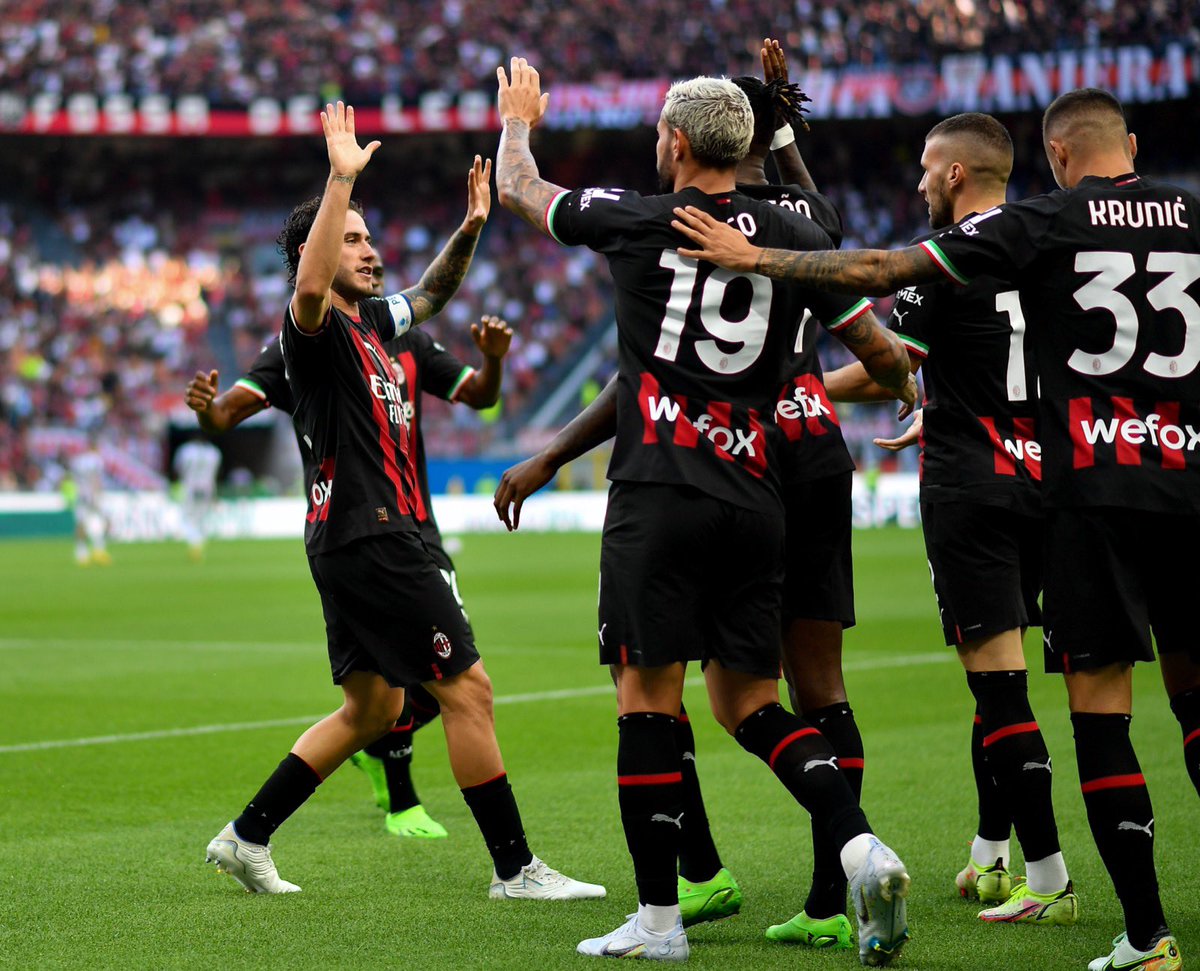 AC Milan are the defending champions in the Italian Serie A and they began the defense of their title with the 4-2 comeback win over Udinese at home, while Atalanta were 2-0 winners on the road at the expense of Sampdoria.

Rafael Toloi scored the first goal of the Sampdoria game in the colours of Atalanta in the first half while AdemolaLookman scored in stoppage time to seal the win having come on as a second half substitute. Nigerian star Lookman is a new Atalanta player following his transfer from RB Leipzig in the German Bundesliga.

For the AC Milan game, the holders were stunned as early as the second minute thanks to the goal from Udinese centre back Rodrigo Becao. However, they were able to recover from the early setback to eventually win the game in a comfortable manner. AC Milan were given a route back into the game when Frenchman Brandon Soppy was adjudged to have brought down Milan ster Davide Calabria in the Udinese box and French left-back Theo Hernandez dispatched the resulting penalty for the equaliser. Croatian international Rebic scored the first of his two goals four minutes for the Milan lead for the first time in the game. Adam Masina then equalise for Udinese at the end of the first half for the two teams to go into the break on level terms. Brahim Diaz helped Milan regain the lead one again at the start of the second half before Rebic scored his second goal midway into the second half to seal the victory.