AC Milan’s 2-1 victory over Juventus in the Italian Super Cup final went under the radar over Christmas but that particular triumph could be the catalyst for the Rossoneri to get back to their brilliant best. It was the club’s first piece of major silverware for over five years and manager Vincenzo Montella will be confident of guiding Milan back to the top of Italian football in the coming years. 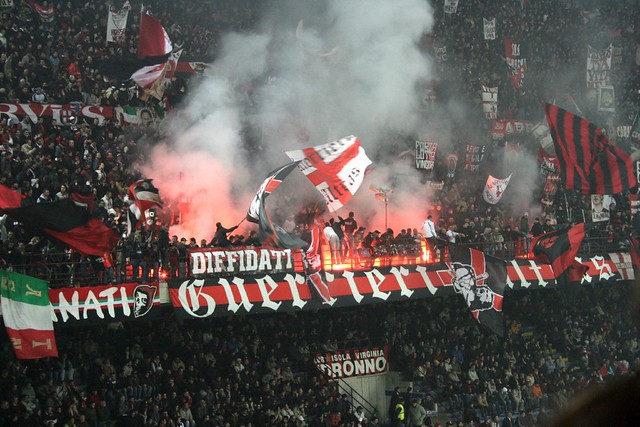 On that monumental day, 17-year-old goalkeeper Gianluigi Donnarumma was outstanding; saving Paulo Dybala’s spot-kick to secure the win. Even at full strength, Juventus were unable to defeat Milan for the second successive time this season – the Rossoneri earned a one-nil win against the defending Serie A champions back in October.

Since then, Juve got their revenge in the return clash but there has been a visible lift in positive attitude at the San Siro since that Super Cup victory on Christmas Eve.

Without pondering on past achievements too much, Milan is a club steeped with a rich and successful history – and their previous triumphs only enhance the pressure on Montella’s shoulders. With five European Cup victories and 18 league titles, the Italian giants are one of the most successful football clubs on the planet and it has been tough to watch such a prestigious side go through a difficult spell both on and off the field.

But focusing on the past is one of the main reasons for Milan’s recent struggles. Too many fans, pundits and critics have been guilty of comparing this AC side to that of 15 years ago – and it is unfair.

Let’s be honest, you’re not going to find another defensive partnership like Paolo Maldini and Alessandro Nesta in this lifetime or perhaps even the next. On their day, those two were invincible and a lot of Milan’s success was down to their reliability, stability and consistency at the back. 22-year-old Alessio Romagnoli is one for the future but it would be foolish to compare him to one of the greatest central defenders in the history of the sport…

At the time of writing, AC Milan had carried their confidence into Serie A but back-to-back defeats against Napoli and Udinese have slowed the Rossoneri down. Montella has done his utmost to guide Milan back towards the top of the division and the Italian giants now sit just eight points behind third place; a realistic target considering the amount of points still on offer.

Montella is ‘painting a masterpiece’ at Milan, says Sacchi https://t.co/eIS9D4O0wm

Milan, currently 9/1 to finish in the top three with Betway, will need a bit of luck but it wouldn’t be a huge surprise to see the 18-time champions of Italy continue their ascent up the Serie A table.

Carlos Bacca has been tasked with scoring the goals but it would be fair to claim that Milan haven’t been overly reliant on the Colombia striker. With eight league goals this season, the 30-year-old is way down the top goal scorer rankings but that isn’t a problem – the likes of Suso and Gianluca Lapadula have stepped up to the plate with important goals when needed.

Milan have always been about the collective rather than the individual talent and Montella knows just how vital a positive team spirit is in the hunt for silverware. December’s success will remind Milan supporters that their side can still go toe-to-toe with the likes of Juventus and Roma and better times at the San Siro could be on the horizon.

It would be foolish to suggest that Milan are going to do the unthinkable and win the title from their current position but a surge up the division wouldn’t be a huge surprise. Watch this space; Milan’s Super Cup victory could spur the Rossoneri on in the near future.